The honey market in the European Union

According to Eurostat, the European Union is the second-largest honey producer in the world, behind China. In 2020, 18.9 million hives produced 280 thousand tons of honey. There were over 615 thousand beekeepers in the European Union. 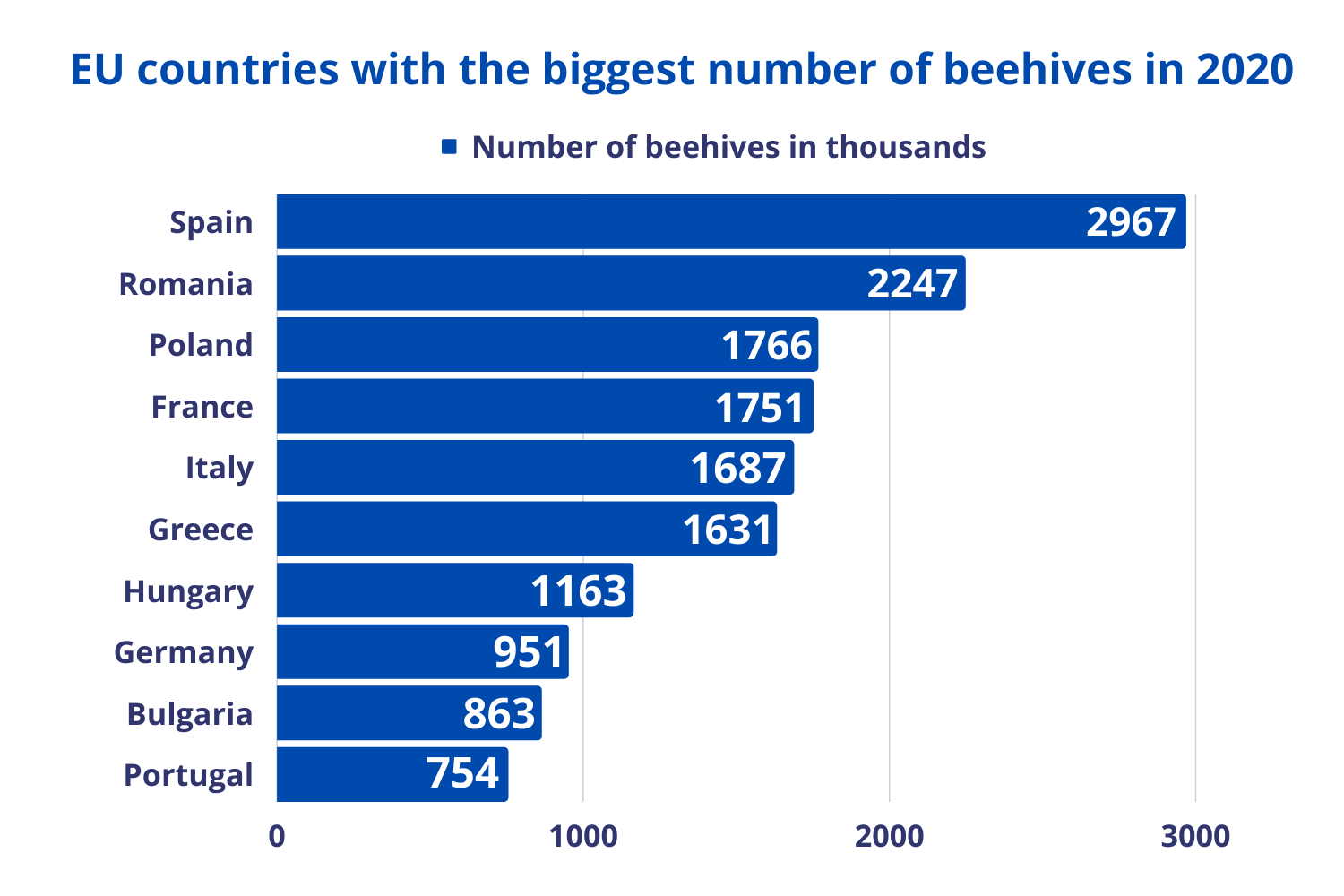 The growing cheap import of this product from China is undoubtedly a challenge for the European honey market. In 2021, the average price per kilogram of Chinese honey was only EUR 1.27. According to the Polish National Council of Agricultural Chambers, this is due to differences in the production method and the addition of sugar syrup to honey.

At the same time, European countries export their honey production mainly to countries such as Saudi Arabia, Switzerland, and the United Kingdom. Total honey exports from the European Union amounted to over 7.8 thousand tons. The largest exporters of honey from the EU in terms of quantity in 2020 were: Poland with a share of 35.7% (2.8 thousand tons), Germany with 15.7% (1.2 thousand tons) and Spain with 13.1% (1 thousand tons). 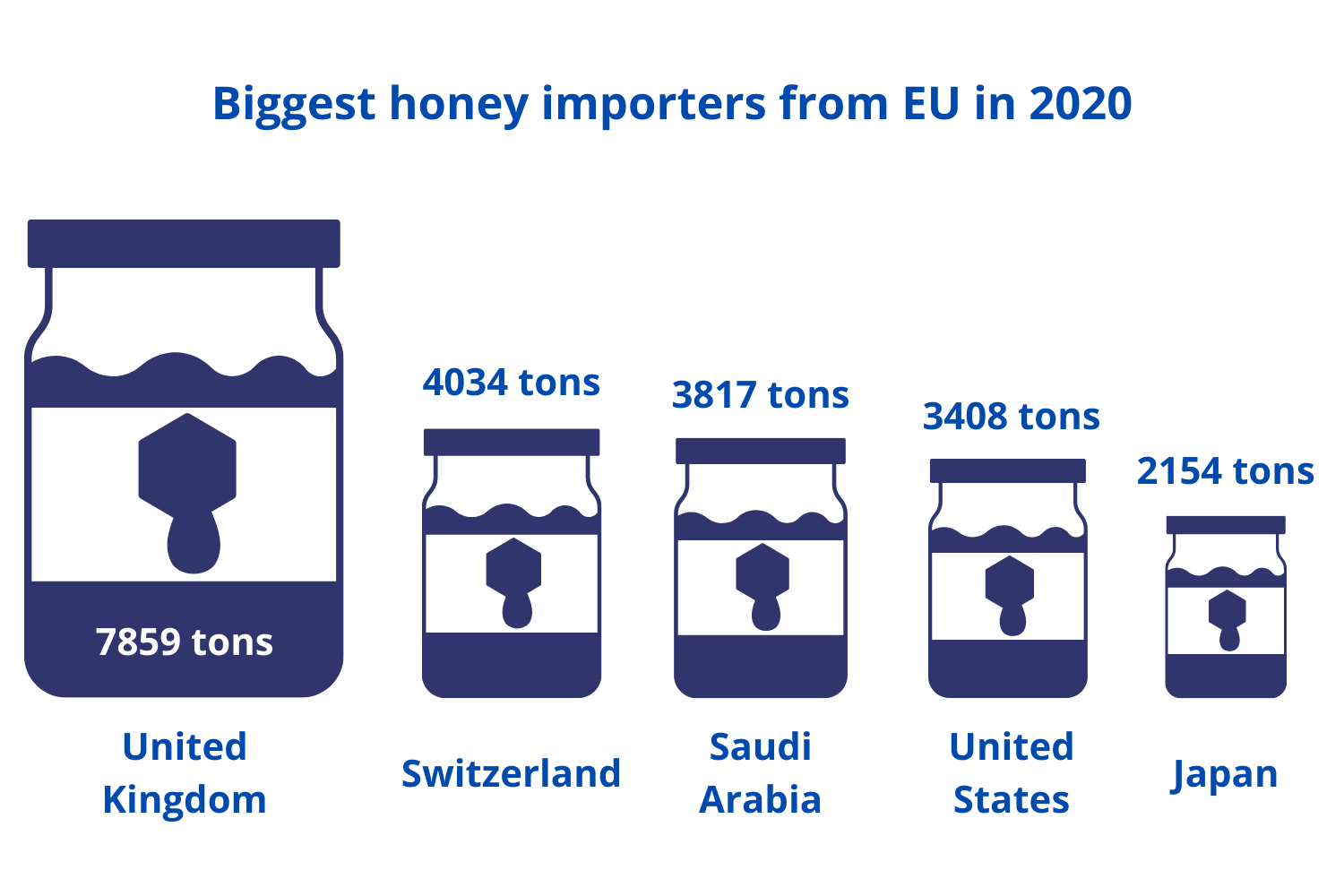 The European Commission reports that thanks to bees, the revenues of European agriculture are increasing by at least EUR 22 billion a year. In addition to honey, bees also help produce other products such as pollen, propolis, royal jelly and wax. Moreover, it is estimated that bees pollinate over 80% of crops and wild vegetation in Europe. Therefore, the European Union works to support the protection of bees. These include restrictions on the use of pesticides that are toxic to bees, support for research into their health, and monitoring of their mortality in EU countries.

The automotive market in Poland